The Decline of a Reserve Currency

Since the freezing of the Russian central bank’s assets by the Americans and the rise of inflation, many are wondering about the future of the US dollar as a reserve currency. In this article we will take a step back and outline, on the basis of Ray Dalio’s latest book, “The Changing World Order“, the dynamics that occur when a currency ceases to be a reserve currency.

“The times ahead will be radically different from those we’ve experienced in our lifetimes, though similar to many times in history”. With these words begins the latest book by the founder of the $140 billion US hedge fund, Bridgewater Associates.

Ray Dalio is convinced that no empire or currency lasts forever, yet almost everyone is surprised and ruined when they fail. The man who predicted the economic crisis of 2008 describes the current economic and political environment by delving into centuries of economic ups and downs.

Through the study of four empires: the Dutch, the British, the American and the Chinese, Ray Dalio developed a framework for assessing the level of wealth and power of the archetypal empire, using eight parameters: 1) education, 2) competitiveness, 3) innovation and technology, 4) economic output, 5) share of world trade, 6) military power, 7) power of the financial center, and 8) reserve currency status.

His analysis of the emergence and decline of the Dutch guilder, the pound sterling and the US dollar as reserve currencies is of particular interest in understanding the world of tomorrow. In this informative video, Dalio explains that empires rise and fall in a predictable pattern known as the “big cycle”. He believes that a new world order is imminent.

The power of a reserve currency

If a currency has to fulfill two functions, namely a medium of exchange and a store of value, not all money printed by governments is of equal value. A reserve currency has the particularity of being accepted throughout the world for transactions and savings.

Having a reserve currency is among the greatest powers because it allows a country to borrow more than it could otherwise afford. People around the world want to save in it, which enables the country to borrow more at a lower rate. This is what the French Minister of the Economy called in 1960 when referring to the power of the dollar: the exorbitant privilege.

An empire that borrows and spends a lot seems very strong at first glance. In reality, its finances are actually weakened because borrowing supports the country’s power beyond its fundamentals. By living beyond its means, the empire finances domestic over-consumption and engages in numerous international military conflicts to increase its power.

Inevitably, the country begins to borrow excessively, which contributes to the accumulation of large debts to foreign lenders. In the long run, a country always ends up servicing its debt by creating a lot of money and credit, which depreciates the value of its currency.

According to Dalio, a country that ceases to have a reserve currency always comes to a traumatic end. In concrete terms, this means large devaluations caused by debt crises.

Signs that such a situation is approaching are when: 1) a country’s debt level is very high, 2) the central bank already has its interest rates at 0%, 3) it is already printing money to buy its bonds, and 4) it faces a financial crisis.

In this situation, the traditional approach is for governments to increase the supply of money and credit to stimulate the economy. The problem is that interest can no longer be lowered and money printing only stimulates the financial market without impacting the real economy.

People then start selling their government bonds en masse and turn to inflation-hedging assets and other currencies. In other words, holders of debt whose real return keeps falling want to sell that asset for other reserves of wealth.

Once it is widely perceived that money and debt assets are no longer a store of value, the status of a reserve currency is at risk. As Ray Dalio explained in his recent conversation with Larry Summers, the central bank is then faced with a Cornelian choice: raise interest rates to make bonds more attractive, at the risk of contracting a highly indebted economy, or print massively to buy debt that no one wants, thereby depreciating the value of money.

History has shown that central bankers generally prefer the second option and that there are very high risks in holding interest-bearing cash as a store of wealth, especially at the end of debt cycles.

As Dalio points out: “One of the most important questions investors need to regularly ask themselves is whether the amount of interest that is being paid more than makes up for the devaluation risk they face.” 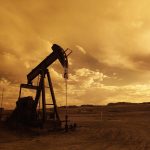 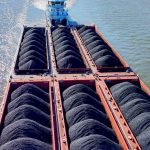