Sanctions against Russia – a fiasco?

Responding to Russia’s military intervention in Ukraine, the West introduced major sanctions against Moscow. The objective was to inflict maximum pain on the Russian economy to encourage a change in Moscow’s policy. Now, with the conflict more than four months old, it is time to make a first assessment on the effectiveness of Western sanctions.

“One of the great mistakes is to judge policies and programs by their intentions rather than their results”. Following Milton Friedman’s philosophy, we will try to put aside moral considerations to focus on the impact of sanctions, and, for the sake of simplicity, we will group the main sanctions into four categories according to their objective.

1. Generate a crisis of confidence in the Russian economy

As revealed by the French Minister of Economy Bruno Le Maire, the initial purpose of the sanctions was to “cause the collapse of the Russian economy.” The most important measure in this regard was the freezing of the assets of the Russian central bank. The idea was to prevent the country from being able to use its foreign currencies in US$ and EUR to support a potential massive depreciation of the ruble.

Despite a sharp decline at the beginning of the war, the Russian ruble has now recovered much of its value against other world currencies, made possible by government capital controls and a steady flow of payments for the country’s oil and gas exports. As a result, Russian confidence in their economy has actually increased, while the IMF believes that the freezing of Russian assets has weakened the position of the US$ as an international currency. Russia has now set up ruble payment systems that the West has no choice but to follow.

On May 31, Europe’s leaders agreed to boycott 90% of imports of crude oil and refined petroleum products from Russia by the end of the year. Presented as a powerful demonstration of solidarity with the Ukrainian people, this decision is probably the most counterproductive one ever taken by the Europeans.

Oil and gas are inelastic commodities, so their price can vary considerably without affecting the quantity demanded. By trying to reduce the volumes of Russian oil sold on the markets, the West is driving up the price per barrel. To lower its price and resulting revenues generated by the Russian state, they should be doing exactly the opposite and increase their oil supplies as much as possible

“With higher crude oil and product prices globally, Russian oil export revenues are estimated to have increased by US$1.7 billion in May to about US$20 billion,” the International Energy Agency said in its monthly oil report.

3. Isolate Russia from the rest of the world

On March 2, 2022, less than a week after the Russian invasion began, the United Nations General Assembly passed a resolution demanding that Russia immediately end its military operations in Ukraine. Of the 193 UN states, 141 states voted in favour of the motion, 35 countries abstained and 5 states voted against.

On April 7, 2022, a new motion was proposed to exclude Russia from the UN Human Rights Council. Still symbolic, this measure was more restrictive than the earlier one and provoked quite different reactions. 93 states voted in favour, 58 countries abstained and 24 countries voted against.

Barely a month after the beginning of the conflict in Ukraine, the world was already divided into two camps. On one side, developed countries including the United States, Europe, Japan, Australia and New Zealand were seeking to maximize sanctions and the isolation of Russia for geopolitical reasons, and, on the other, emerging countries such as China, India, Mexico, Brazil, South Africa, the Middle East and a good part of Africa were wanting to abstain or refuse the isolation of Russia for geo-economic reasons.

The West’s inability to mobilize more states to isolate Russia is a major contributor to the failure of sanctions.

The measures most successful at affecting the Russian economy are those that are limiting its imports of high-tech manufactured goods and its access to high-tech services. As soon as the war began, Moscow stopped publishing monthly data on exports and imports. To estimate Russian imports, we would need to calculate exports to Russia from its major partners.

China is the country to watch – it is able to replace a large part of Russian imports which were coming from Western countries before the war. According to the Peterson Institute for International Economics (PIIE), since the invasion, Chinese exports to Russia have dropped by 38%. This suggests that Chinese companies may be afraid of retaliatory measures that the Americans might impose if they support Russia too openly.

It is still too early to measure the full impact the collapse of imports will have on the Russian economy, but, given the experience the country has accumulated since 2014, it is highly likely that it will be able to circumvent them.

According to the European Union: “By aiming to undermine the Kremlin’s ability to pursue the invasion, sanctions are contributing to restoring peace in Ukraine and the region. Together with other EU policies, sanctions are a concrete means to uphold the EU values of human dignity, freedom, democracy, the rule of law and human rights.”

If Western sanctions against Russia are based on noble intentions, in terms of effectiveness, after four months of conflict, they are a fiasco. And this fiasco could have fatal consequences for the rest of the world. Historian Nicolas Mulder recently published a history of sanctions in which he convincingly demonstrates that sanctions often precipitate the wars they are supposed to prevent. 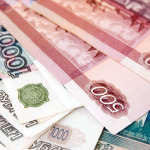 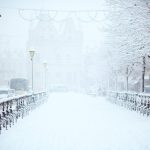