Nord Stream 2. On September 10, Gazprom announced it had completed construction of the Nord Stream 2 pipeline. The $11 billion project, crossing the Baltic Sea, will allow the Russian company to send 55 billion cubic meters of gas directly to Europe each year, bypassing Ukraine.The new pipeline, which was vigorously opposed by the United States and Ukraine, is a testament to the strength of German-Russian relations. Last week, the CEO of Gazprom said they could send gas via the pipeline “by the end of the year and during this heating season”. However, Poland and Ukraine are preparing to challenge the NS2 pipeline’s adherence to European energy market rules. To promote competition, European laws require players such as Gazprom to separate their production, transit and supply activities. A German regional court recently ruled in this direction, which could force Gazprom to give up some control over the pipeline.

Natural Gas. Natural gas prices in Europe have reached new highs ($740 per 1,000 cubic meters), driving up household bills and potentially forcing some industries to ration gas in the event of a harsh winter. Three important factors have driven demand. The first is the long, cold 20/21winter in Europe and Asia, which depleted storage levels. The second is the need for China to consume ever more of this energy. With the rise in liquefied natural gas (LNG), the price of gas is now global and competition for its supply is intensifying. Finally, the demand for gas has increased due to a reduction in electricity production generated by wind power plants. Europe has indeed experienced a hot and dry summer with less wind. On the supply side, there has been a decrease in deliveries from Russia, which can be explained by its need to fill its own stocks and/or its desire to increase prices before the Nord Stream 2 pipeline comes into service.

Inflation. Food prices are rising rapidly around the world. According to a United Nations index, food costs are near their highest level in a decade. To combat this inflation, Russia stands out from other emerging countries with its hawkish monetary policy. It has just raised its key rate by 0.25 points, for the fifth time in a row, to 6.75%. The increase in prices, particularly of foodstuffs, is a sensitive issue in the run-up to the parliamentary elections to be held from 17 to 19 September. For Elvira Nabiullina, the president of the Central Bank, it should be kept in mind that the country experienced a very long period of high inflation in the 1990s and 2000s. “Our people have only lived under low inflation for very short periods of time”, she said. It is essential to stop this dynamic quickly in order to prevent the public anticipating more inflation, and starting to stockpile goods, causing an exacerbation of the situation.

Russia-Belarus Relationship. Isolated on the international scene, Belarus continues its rapprochement with Russia. From an economic point of view, the two countries plan to introduce common tax and customs measures, coordinate their national payment systems and unify tariff regulations in the railway sector. From a military perspective, Belarus is about to purchase US$ 1 billion worth of military equipment from Russia, while joint military exercises are currently underway. Internal tensions, coupled with Western sanctions, are forcing President Lukashenko to choose between harmony with the EU or with Russia. Moscow remains very cautious on the subject and the adoption of a common currency (the Russian ruble) is not on the table for the moment. Alexander Lukashenko recently stated that Belarus will not engage in a dialogue with the West as long as sanctions are in place. 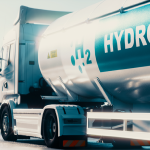 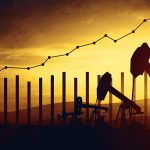