Economic sanctions. According to a recent study published by the French Institute of International Relations, the West’s economic sanctions against Russia are not effective. Introduced in the wake of the Ukrainian crisis in 2014, the sanctions focused primarily on the defense, energy and financial sectors. The goal was to affect the population’s standard of living and put pressure on Vladimir Putin’s government and its policy toward Crimea. For Russian economist Vladislav Inozemtsev, this did not work for two reasons. First, Russians expect little from their government. They have short-term economic planning, and get used to changes in circumstances quickly, being reliant only on themselves. Second, the Russian economy is stronger than it appears. The government has mitigated the effects of sanctions by “Russifying its economy” and developing a foreign economic policy geared toward non-Western countries.

Climate change. The European Union has drafted its latest long-term budget (2021-27). It prioritizes technological progress and innovation and, in particular, sustainable energy. In July, the European Commission adopted the “Fit for 55” package, an EU initiative to impose a carbon tariff on imports of carbon-intensive products, aiming to achieve carbon neutrality by 2050. For the CEO of oil giant Rosneft, Igor Sechin, this European carbon tax could have a greater impact on the Russian economy than the sanctions currently in place. In Moscow, it is claimed that this law would affect up to 6.5 billion euros of Russian exports such as iron ore, steel, aluminum and pipes. On the European side, the law does not seem to have unanimous support. France fears the socio-political impact, especially on its automotive industry. Recall that the “yellow vests” protests emerged following a law on the increase in fuel prices.

Hydrogen. According to a draft development plan approved in August, Russia is preparing to become a major hydrogen exporter within a few years. The country wants to diversify its gas and oil revenue sources amid the energy transition in Europe and Asia. The idea would be to convert its vast natural gas reserves into low-carbon hydrogen. According to Deputy Prime Minister Alexander Novak, Russia could capture 20% of the global hydrogen market. In July, the government formed a working group of companies, research institutes and federal agencies to develop hydrogen technologies, production and trade. Russia is looking to produce a wide variety of different types of hydrogen but is focusing primarily on blue and turquoise hydrogen, derived from natural gas. The adoption of Germany’s National Hydrogen Strategy in June 2020 has arguably given even greater impetus to Russia’s ambitions to become a hydrogen exporter and preserve its position as an energy supplier.

Russia-Germany relationship. Merkel made her twentieth and last trip to Russia as German chancellor to meet with the Russian president. According to Vladimir Putin, during Merkel’s 16 years in office, the volume of cooperation between Russia and Germany has only increased, despite all the difficulties the countries have faced during this period. Germany remains Russia’s most important trade and economic partner in Europe and second in the world after China. “We have invested $9.5 billion in Germany, while our German partners have invested $18 billion in Russia,” Putin noted. The Russian president hopes that after the upcoming parliamentary elections in Germany and the change of government, the trend towards an improvement in the extent and quality of economic relations between Moscow and Berlin will continue. 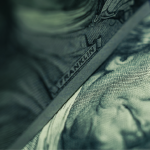