Covid-19. Russian authorities confirmed 21 650 new cases of coronavirus on Monday 28 June, the highest number since January. In Moscow, a record number of daily deaths was recorded at 124. This increase is due to the more aggressive Delta variant, which first appeared in India. The developers of the Russian vaccine, Sputnik V, have admitted that it may be less effective against it. To limit the rise in cases, new restrictions were introduced. Moscow requires all public sector and service employees to be vaccinated, with penalties for employers who fail to meet the 60 percent target by August 15. It will also be mandatory for anyone wanting to go to a restaurant to present a QR code proving they have antibodies. Despite free vaccines since December 2020, only 13% of Russians have received the two injections. The population’s distrust of the state and Covid-19 remains very high.

Russia-USA relationship. Following the Geneva summit, Joe Biden and Vladimir Putin agreed to restart arms control talks, establish bilateral discussions on cybersecurity, explore the possibility of prisoner exchanges and allow ambassadors to return to their respective capitals. The summit seems to have brought a little more rationality between the two leaders in search of “predictability and stability“. Despite the positive tone of the meeting, U.S. officials were quick to return to their usual habits, telling the media that they had been “clear” with Moscow, and that they had “warned it and stated their demands.” They added that all these “warnings” went along with threats: if Moscow does not accept the “rules of the game” defined in Geneva in a few months, it will be subjected to further pressure. The trip to Switzerland concludes Biden’s European tour, during which he reaffirmed U.S. leadership to its allies at the G7 in England, followed by the North Atlantic Alliance (NATO) meeting and the EU-U.S. summit in Brussels.

Russia-EU relationship. The EU heads of state and government discussed and rejected the initiative, proposed by Angela Merkel and Emmanuel Macron, to organize a meeting between European leaders and the Russian president. The idea is to establish “a dialogue to defend our interests,” said the French president, supported by Italy, which is a major investor in the energy sector in Russia. Poland and the Baltic states said that would send the wrong message as East-West relations deteriorate. “The European position is fragmented, not always consistent and sometimes unclear,” stressed Russian government spokesman Dmitry Peskov. According to the Belgian Prime Minister: “We cannot restrict our relations with and approach to Russia by solely sanctions and expulsions of diplomats. We should sit down at the negotiating table at some point”. He added: “At the same time, it is not the right time for a meeting between the leaders of the EU and Russia”.

Russian Far East. The development of the Russian Far East remains a major challenge for Moscow. Inhabited by only 6.2% of the population, this region accounts for 32% of Russia’s foreign direct investment, said Deputy Prime Minister, Yuri Trutnev. About 2,600 investment projects, with a total value of $86 billion, are currently being implemented with state support. On the military front, the government is trying to consolidate its position on the Northern Sea Route and defend its remote eastern borders, some of which are still in dispute with Japan. Moscow is gradually building, modernizing and training its Pacific fleet. As many as 20 surface warships and submarines, and about 20 aircraft of the Russian Pacific Fleet, have begun training in the central Pacific. According to Russian media, this is the largest Russian exercise in the Pacific since Soviet Union times. 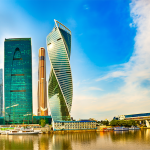 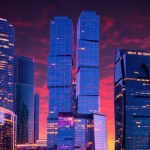