Inflation. On June 11, 2021, the Bank of Russia’s board of directors decided to raise the key interest rate by 50 basis points to 5.5 percent. Annual consumer price inflation in Russia reached 6 percent last month against the central bank’s target of 4 percent. This trend was driven by the easing of Covid-19 restrictions, which is helping the economy recover faster than expected, and by a sharp rise in global food and commodity prices. “Russia is in the group of countries that will be the first to restore their economic growth to the pre-pandemic level,” said Elvira Nabiullina, director of the Bank of Russia. Excluding restrictions on oil production and international passenger transport, output in most core industries has exceeded the level of late 2019. She added that inflation would probably only start to fall in the Autumn. The Board of Directors of the Bank of Russia will hold its next policy rate review meeting on July 23, 2021.

Digital Sovereignty. A bill is under review that would allow the Russian government to take action against Western technology companies that violate Russian laws on publishing content on the Internet. Foreign companies with a daily audience exceeding 500,000 Russian users per day will have to open a representative office or legal entity in Russia by August 1. The companies targeted are mainly YouTube and Google. If they do not comply with Russian law, they could be banned from advertising their services, hosting ads on their platforms and collecting payments or personal data. The government’s critics see these measures as a way to stifle a space for free expression. Moscow, for its part, accuses these foreign companies of censoring pro-Russian content and failing to remove content promoting drugs or suicide. Roskomnadzor (the Russian watchdog) has regularly accused Google of restricting YouTube access to Russian media, including RT and Sputnik.

Decarbonization. The EU plans to move to a carbon-free economy by 2050. The introduction of a carbon tax on imports is being prepared to achieve this goal. The measure would tax imports according to the amount of CO2 emissions caused by their production. It could have a significant impact on trade between Russia and the EU. We do not yet know the method of calculation to fix this tax but several major consequences seem likely. On the energy front, European demand for Russian fossil fuels could decline in favor of competitors whose oil production has a lower carbon footprint, such as Saudi Arabia. On the other hand, the rapid phase-out of coal use by 2030 is expected to increase demand for natural gas. Imports that require a lot of energy to transport and produce, such as metals, could also be taxed. However, Europe is expected to further increase its demand for these products in order to develop solar panels, lithium-ion batteries, fuel cells and electric cars. We will follow the evolution of this legislation closely.

Covid-19. The mayor of Moscow announced on Saturday a week of “non-working days” in the Russian capital. Non-essential workers were asked to stay at home. The number of cases of Covid-19 has reached its highest level for six months. The decision marks a change in tone for Russian authorities. “Over the past week, the situation regarding the spread of coronavirus infections has deteriorated sharply,” Sobyanin said. The order affects all employees in the Russian capital, a city of 12 million people, except for essential workers. The mayor also announced the closure of food courts and playgrounds, while restaurants, bars and clubs will not be allowed to serve customers between 11pm and 6am. So far, 12% of the population has received at least one dose of the vaccine. Vladimir Putin has repeatedly called on Russians to get vaccinated. 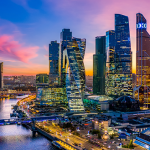