Foreign Debt. According to the White House, Russia defaulted earlier this week on its international obligations. Some bondholders reported that they had not received interest and that the grace period of 30 days had expired. Moscow rejected these claims and accused the West of having pushed it into an artificial default. Indeed, Russia has the money to make payments thanks to oil and gas revenues but is unable to make the transfers because of sanctions on its financial system. The payments in question are for US$100 million in interest on two bonds, one denominated in U.S. dollars and the other in euros. The default is symbolic because Russia cannot borrow internationally at the moment and does not need to do so. The markets did not react to this default. Russian president Vladimir Putin signed a decree this week setting out a new mechanism to make upcoming payments in rubles and then allow investors to convert them into foreign currencies.

Oil Sanctions. The West’s latest sanctions idea is to cap the price of Russian oil imports in order to limit Moscow’s revenues and drive down the price of black gold. As we explained in a recent article, sanctions are a double-edged sword. By banning Russian oil imports by the end of the year, the Europeans have succeeded in driving up the price per barrel, increasing the revenue of the Russian state and allowing countries like China and India to buy oil at a discount price. The G7 and the EU have not indicated where the price cap would be set, but have suggested that it could be higher than Russia’s cost of production – but not too high – in order to maintain its incentive to export. Of course, for the measure to be effective, as many international partners as possible would have to participate in the new sanctions. Some oil executives are sceptical about the feasibility or effectiveness of such a measure.

NATO Expansion. Turkey has finally lifted its veto on Finland and Sweden’s application to join NATO. The decision ended a weeks-long drama that tested the unity of the allies. The decision comes just before the start of the NATO summit in Madrid. Helsinki and Stockholm will be able to move forward with their membership application and make the biggest change in European security in decades. Finnish and Swedish membership would give the Western military alliance superiority in the Baltic Sea, where Norway, Denmark and the three Baltic states are already members of the organization. Officially, Turkey opposed the two Scandinavian countries’ application because of their links to Kurdish militants considered terrorists by Ankara. Some analysts believe that the Turkish president sought to negotiate the lifting of arms bans imposed on Ankara by the United States and many European countries, as well as to play hardball in the run-up to elections in Turkey in a year.

Gas Supply Shock. European leaders are growing increasingly concerned about the possibility of a full shutdown of gas supplies from Russia. Gazprom has reduced its gas flows to Europe by about 60% over the past few weeks. Europe, which receives roughly 40% of its gas via Russian pipelines, is trying to rapidly reduce its reliance on Russian hydrocarbons. “Russia is diminishing the supply of gas little by little — to some countries [by] almost 100%; to others, cutting 10, 15%,” said Josep Borrel, the European Union’s foreign policy chief. The reduction in gas flows has heightened fears that the EU is on the verge of a difficult economic period. The International Energy Agency said the continent should prepare for a complete shutdown of Russian gas exports this winter. In the long term, the EU wants to use more renewable energy, but there is not enough time to add significant capacity before winter. Germany, Austria and the Netherlands have already announced an emergency restart of coal-fired power plants. 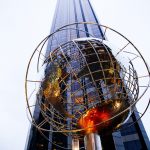 “The End of a Unipolar World Order”
Sanctions against Russia – a fiasco?