Russia-USA relationship. Vladimir Putin and Joe Biden will meet in Geneva on June 16. This will be the first Russian-American summit after Putin’s meeting with the 45th U.S. President, Donald Trump, in Helsinki in July 2018. According to the Kremlin press service, the presidents will discuss bilateral ties, problems related to strategic nuclear stability, and other issues, including cooperation in the fight against COVID-19 and regional conflicts. “It is unlikely that just from the very first meeting, the parties will find common ground on the issues causing deep divisions. At the same time, it would be also wrong to play down the importance of this meeting,” stressed Dmitri Peskov, the Russian government spokesman.

Nord Stream 2. On Thursday, May 20, the Biden administration waived sanctions against the company in charge of the Nord Stream 2 gas pipeline project and its managing director, Matthias Warnig. According to the U.S. president, the project is almost complete and the sanctions are undermining U.S.-German ties. Indeed, Germany considered the project as a key pillar of its energy security. It plans to abandon nuclear power by 2022 and coal power by 2038. Germany has always viewed U.S. extraterritorial sanctions as unwarranted interference in its internal affairs. The $11 billion project will bring Russian gas from the Arctic to Germany through two pipelines with a total capacity of 55 billion cubic meters per year. According to the company, Nord Stream 2 is 95% completed.

Russia-China relationship. Vladimir Putin and Xi Jinping welcomed, via videoconference on May 19, the start of construction of new reactors at nuclear power plants in China in partnership with the Russian agency, Rosatom . In all, Russia will build four new reactors. The Russian president said these reactors would be commissioned in 2026-2028. “This will really allow our countries to make a significant joint contribution to the supply of clean energy to world markets, to the reduction of greenhouse gas emissions, to the implementation of the international climate agenda,” he added. “We can say that Russian-Chinese relations have now reached the highest level in history,” Putin further said.

Belarus. European Union (EU) leaders decided on May 24 to close their airspace to Belarus and adopt a new set of sanctions against Minsk. The Belarusian government is accused of hijacking a European airliner to arrest a dissident, Roman Protassevich, former editor-in-chief of the opposition media Nexta. “This was effectively aviation piracy, state-sponsored,” according to Ireland’s foreign minister. A Russian Foreign Ministry spokeswoman denounced the hypocrisy of Western leaders. She recalled the forced landing of the plane of Bolivian President Evo Morales in 2013, when the United States believed that the fugitive Edward Snowden was on board. The EU’s decision was followed by the cancellation of several Air France flights and an Austrian Airlines en route to Moscow, as Russia would not validate new flight plans avoiding Belarusian airspace. 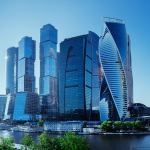