Central Bank. On February 28, the United States and its European allies froze the assets of the Russian Central Bank following the Russian military intervention in Ukraine. Half of the Central Bank’s assets held in the form of foreign exchange reserves and gold (US$300 billion) are now unusable, according to the Russian finance minister.The West has removed one of the means Moscow had to support its currency. In a few days, it lost about 40% of its value against the US dollar. In response, the Russian authorities have taken a number of measures designed to encourage the government, businesses and households to buy or hold rubles and to discourage them from buying or holding foreign currency.The Central Bank of Russia has more than doubled interest rates to 20% and capped the amount of funds that can be converted into foreign currency for individuals (US$10,000).Commodity exporters are now required to convert 80% of their revenues into rubles. The main Russian stock market (MOEX) has been closed since February 25. Russia’s finance minister said the country would meet its debt obligations, but would issue ruble payments until Western countries released its foreign currency reserves.

SWIFT.  Since March 12, seven Russian banks have been disconnected from SWIFT. The communication system, launched in 1973, serves as a neutral platform for banks to communicate financial transfers, transactions and exchanges. The sanctioned banks are VTB, Rossiya, Otkritie, Novikombank, Promsvyazbank, Sovcombank and the state development bank VEB. From now on, they will be severely restricted in their ability to do business outside Russia. However, it is unlikely that this sanction will lead to the collapse of the Russian economy. These banks operate primarily in Russia, where they receive most of their profits and where most of their customers are located.In addition, Sberbank and Gazprombank are not on the list. These two banks play a key role in European energy supplies, as they handle most of the payments for oil and gas exports. In general, Russians distrust the banking system and over 90% of the Russian population keeps at least part of their savings in cash (often in foreign currency). It is estimated that 40% of commercial transactions in the country are still conducted in cash.

Oil & Gas. The United States announced a total ban on imports of Russian oil, gas and coal. The news sent the global price of oil soaring, with Brent crude reaching US$127.98 a barrel, up more than 50 percent from the beginning of the year. The UK says it will phase out Russian oil by the end of the year. From Russia’s perspective, these two countries account for 8% and 2% of its oil exports respectively. As far as Europe is concerned, it will be much more difficult to do without Russian raw materials. Russian oil represents 25% of European imports and gas 40%. Despite this, EU leaders agreed to “end our dependence on Russian gas, oil and coal imports as soon as possible” by increasing LNG imports from other markets, developing a European hydrogen market, improving energy efficiency and accelerating investment in renewable energy. In concrete terms, this means that Europeans will have to pay more for their energy and that they will have to reopen coal-fired power plants. In France, the taboo of “energy sobriety” is beginning to be promoted more and more to encourage consumers to reduce their energy demand.

Visa & Mastercard. Both American companies have suspended their operations in Russia since March 10. All cards using these payment systems previously issued by Russian banks will continue to operate in Russia as before, but it will not be possible to use them abroad. In addition, cross-border transactions will not be available, including payments for purchases in foreign online stores. This measure is expected to accelerate the adoption by Russian banks of Mir cards. This Russian payment solution is accepted in a handful of countries, including Turkey, Vietnam, Armenia, Belarus, Kazakhstan and Kyrgyzstan. Mir said it has already seen a sharp increase in demand for its cards after sanctions were imposed on Russian banks. According to Central Bank of Russia, more than half of Russians already had a Mir card by September 2021, accounting for 32 percent of all transactions. The Chinese company, UnionPay, is also emerging as an alternative payment solution for Russian citizens in this new environment. Western sanctions are helping to consolidate Russia’s move away from their transaction systems to Chinese providers seeking to expand their presence around the world. 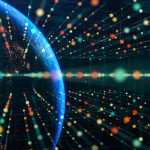 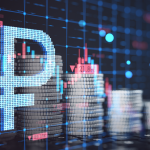