Ukraine Crisis. Russia has recognized the independence of the Lugansk and Donetsk People’s Republics (DPR and LPR) and concluded with them agreements on friendship, cooperation and assistance. While the Western media warned that Russia’s invasion of Ukraine “could happen at any time,” Putin’s announcement surprised many as it represents an intermediate stage to a full-blown war that no one wants. The Russian president demanded that Ukraine immediately halt all hostilities in Donbass, stressing that otherwise “the Ukrainian ruling regime will be wholly and entirely responsible for the possible continuation of the bloodshed,”. Russia announced that it would send “peacekeeping forces” to the regions to ensure stability and security. This is the first time Russia has officially admitted to sending regular army troops to the separatist regions. In the coming days, it will become clear exactly what territory the two republics claim, and military action could intensify if their claims are extended.

Economic sanctions. Sanctions are very likely to be imposed on Russia by the West. US Secretary of State Antony Blinken said the US would respond to Putin’s decision with a “firm response.” What is not clear is the extent of these future sanctions. Russia’s place in the supply of raw materials is so important that strong Western sanctions could send energy prices soaring. Many Western players are engaged with the country and would be affected by such a policy. These include BP, Shell and ExxonMobil, as well as commodity traders such as Glencore, Vitol and Trafigura. Recall that in 2018, US sanctions against Deripaska and its aluminium companies, Rusal and En+, sent metal markets soaring and significantly disrupted supply chains. Covering 40% of Europe’s gas needs, Russia could retaliate by reducing its supply. A sudden rise in energy prices could quickly lead to higher inflation and higher interest rates in Western economies.

Domestic Politics. A recent poll conducted by the independent Levada Center reveals three interesting facts about Russians’ opinions on the rising tensions in Ukraine. The first is that most Russians do not want a war with their Ukrainian neighbour. Currently the fear of a world war is abnormally high. The second point is that the majority of Russians think that the US and NATO are responsible for the tensions in the Donbass region. Only 4% think that Russia is to blame. They see the clashes in Ukraine as a proxy war with US-backed forces. Finally, the third point that is paradoxical, is that 80% of Russians consider America as a “friend”, and only 3% as an “enemy”. The Russians view the round of peace negotiations since the meeting between Putin and Biden in Geneva in June 2021 in a very positive light. The discussions between the leaders themselves and between their delegations have improved the attitude of Russians towards Europeans and the United States.

History. Fifteen years ago, Vladimir Putin gave his famous speech on his vision of international relations at the Munich Security Conference (read the text). He denounced American unilateralism and the importance of taking into account the growing economic and political influence of China and India. He said: “I consider that the unipolar model is not only unacceptable but also impossible in today’s world. The model itself is flawed because at its basis there is and can be no moral foundations for modern civilization. There is no reason to doubt that the economic potential of the new centers of global economic growth will inevitably be converted into political influence and will strengthen multipolarity”. Today, there are no more G8 or regular Russia-EU summits. Between Russia and the West, there are no longer any illusions or mutual trust but only sanctions that are accumulating. What has not changed, however, is Russia’s desire to maintain its independence in foreign policy, much to the frustration of the Americans. 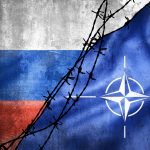 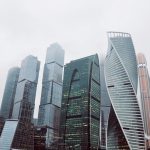