Inflation. On December 17, the Bank of Russia raised its key interest rates by 1% to 8.50%. As a reminder, Russian monetary policy aims to maintain inflation at around 4% per year.Inflation appears to be caused by supply-side constraints in a number of sectors. There are disruptions in production and logistics chains, labor shortages and structural changes in the labor market caused by the pandemic. The unemployment rate has dropped to a record low, while vacancies are at a record high. In 2021, GDP is estimated to grow 4.5% based on current trends in the Russian and global economies. In order to modernize its financial system, the Bank of Russia is preparing to issue its own digital ruble. It would not be surprising if, like China, Russia banned the use of crypto currencies, perceived as a threat to its financial stability. According to the Central Bank, the annual volume of cryptocurrency transactions carried out by Russians is about US$5 billion.

Demography. At his annual press conference, Vladimir Putin discussed the decrease in life expectancy due to the Covid-19 pandemic. The average age for death has dropped from 71.5 last year to 70.1 this year. After a one-year vaccination campaign, only 45% of Russian adults are vaccinated. The Russian president stressed that population growth remains one of the main challenges facing the country. Russia’s population of 146 million is not enough to fill the country’s sprawling territory, which covers more than 17 million square kilometers, he said. The country has recorded its largest annual population decline in 15 years. In January, Rosstat, the official government statistics service, disclosed that the number of people living in the country dropped by 510,000 in just 12 months. The main reasons for the decline are the Covid-19 pandemic, falling birth rate, and lower immigration.

Russia-China Relationship. On December 15, Vladimir Putin and Chinese President Xi Jinping held their second virtual meeting of the year. Both countries have common interests in establishing a new shared international financial framework. Since the financial crisis of 2008, they have been trying to reduce their financial dependence on the United States with some interesting results. In 2015, about 90% of trade between Russia and China was paid in dollars. In 2020, the share of trade paid in dollars between the two Eurasian giants was only 46%. According to the Chinese president, trade between China and Russia has already exceeded US$100 billion for the first time in the first three quarters of the year. Washington regularly uses its financial architecture as a foreign policy tool by imposing sanctions on its adversaries. The Russians and the Chinese continue to develop alternative transaction systems in order not to be dependent on SWIFT.

NATO. Russia recently presented its “red lines” to NATO and the United States. In short, the Russians want NATO not to integrate Ukraine, they want the military alliance to seek permission to deploy troops in the former communist countries of Europe, and finally, they want NATO to cease military exercises near its borders. “The US is placing rockets on our doorstep… How would the US react if we delivered rockets near their borders with Canada or Mexico?” Vladimir Putin said. Western officials are likely to reject almost all of their demands. They consider the Eastern European states to be sovereign and free to choose their own defense policy. However, they want to calm the situation and give priority to the diplomatic dialogue initiated by Moscow. In the event of an invasion of Ukraine, the Americans have indicated that they would use economic sanctions rather than military action. Vladimir Putin said the US and Russia have agreed to meet in January in Geneva for security talks that are expected to include Ukraine. 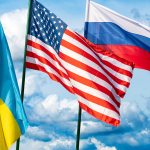 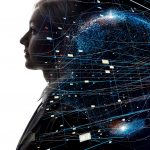