Artificial Intelligence. Russia’s leading technology companies adopted a Code of Ethics in the field of artificial intelligence (AI) in Moscow on October 26. It establishes general ethical principles and standards of conduct to guide those involved in activities using AI for civilian purposes. Since 2019, and the adoption of the National Development Strategy, AI has been one of the main priorities of the Russian state, which aims to catch up technologically and financially. Unlike China or the United States, where AI is presented as a Promethean technology, in Russia it seems to be seen more as a way to ensure the country’s sovereignty. To remain in the top five AI powers in the world, the country is banking on its human capital. Indeed, mathematics and programming are key to mastering this domain. Russia is also one of the few countries, thanks to its relative isolation, to have developed its own platforms with complete ecosystems, like Yandex or Mail.ru.

Russiagate. U.S. Attorney John Durham is making progress in his investigation into the origins of the FBI’s probe into Russian interference in the 2016 presidential campaign. He has charged Igor Danchenko with five counts of lying to the FBI. Danchenko was the primary source of the infamous “Steele dossier” containing false allegations of conspiracy and cooperation between Trump’s presidential campaign and the Russian government. The document defined the narrative of the media and Democrats during the Trump presidency. It was also “critical evidence” that the FBI submitted to the federal oversight court in late 2016 to obtain a warrant to monitor a Trump campaign aide. As Pulitzer Prize-winning journalist Glenn Greenwald recently pointed out, there has been more contrition about media lies for the Iraq War than there has been for “Russiagate” and the “Steele dossier.” This latest development should further polarize Americans about their trust in the media. Currently, 68% of Democrats versus 11% of Republicans say they have a great deal or fair amount of trust in the media. This difference is frightening.

Labor Market. Labor shortages in low-skilled jobs continue to be a concern for Russian authorities. The closure of borders caused by the COVID-19 pandemic has exacerbated this dynamic by leaving many people without work to return to their home countries. As a reminder, in 2017 the Russian Central Bank for the first time included labor shortage in the list of inflation risks. In 2018, the Ministry of Economic Development in turn admitted that there was “an increasingly evident shortage of labor resources.” In Russia, about half of the economic immigrants come from Central Asia. They usually work in difficult, low-paying jobs in key sectors of the country, such as agriculture, transport and logistics or construction. In 2020, the number of migrants in Russia was about 6 million, compared to about 11 million in normal times. Moscow is trying to ease these tensions on the labor market by facilitating access to work visas for the sectors concerned.

Natural Gas. Russia has indeed increased its gas supplies to Europe via Poland, Belarus and Ukraine, thus bringing down wholesale prices. It must be said that Europe is still worried about having insufficient stocks before the winter. In accordance with President Vladimir Putin’s order, Gazprom started pumping gas to Germany again late on Monday 8 November. Gas stocks were hit by a prolonged winter in 2020 and not sufficiently filled since. Added to this is a reduced supply of renewable energy, such as wind power, due to weather conditions. According to Moscow, the EU has in recent years favored gas purchases on the spot market, subject to price fluctuations, rather than signing long-term contracts with Gazprom. Many commentators accuse Moscow of deliberately pressuring prices in order to speed up the commissioning of the controversial Nord Stream 2 pipeline, which is ready for use but awaiting the green light from the German regulator. 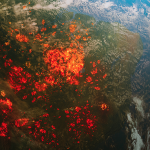 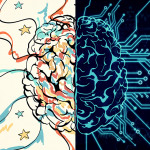