OPEC+. Despite the fact that oil prices have jumped more than 50% this year, the Opec+ group (which includes Russia) decided on October 4 to stick to the plan formulated this summer. They will only gradually increase oil production by 400,000 barrels per day each month.Major energy consumers such as the US, Europe and China are putting pressure on the cartel because they are concerned about the risk of inflation to the economic recovery. Following the news, Brent crude oil reached US$82 a barrel for the first time in three years. Oil-producing countries fear a rebound in the Covid-19 epidemic that could trigger a shutdown of the economy this winter and thus another drastic drop in oil demand. US shale producers have also warned that they will not increase their production. They are facing pressure from investors to remain cautious after last year’s price drop. A shortage of natural gas in Europe has exacerbated the tight oil market, with companies forced to turn to crude oil for power generation.

Agriculture. While Russia is currently developing a common agricultural policy with Belarus, it is impressive to see how far the country has come in 30 years on this issue. After the collapse of the Soviet Union, the country used oil money to import most of its food. A decade later, when Vladimir Putin came to power, 50% of the food was imported and “food security” became a top political priority. A program of development through national projects to stimulate investment was put in place and this policy would be reinforced following the economic crisis of 2008. In 2014, European and American sanctions caused a sharp devaluation of the ruble making Russian exports more competitive. Moscow responded with counter-sanctions, supporting its agricultural sector by banning most food imports from the West. For several years now, Russia has been among the top 10 exporters of cereal crops (barley, corn, rye, oats). But it is especially in wheat that it has established itself as a key player. From 2017 to 2019, it was the leading exporter, accounting for about 20% of the world market.

Russia-Germany relationship. Elections were held in Germany on September 26 to elect a new parliament. The Social Democratic Party (SPD) surprised everyone by winning with 25.7 per cent of the vote, while the conservative CDU/CSU bloc received 24.1 per cent, its worst result ever. The position of chancellor will most likely be held by Olaf Scholz of the SPD or Armin Laschet of the CDU/CSU bloc. German elections are followed very closely in Moscow as the prospect of cooperation between the two countries is important. Germany has become in three decades the economic heart of the EU and the fourth largest economy in the world. On October 2 German Unity Day was celebrated, marking the reunification of the Federal Republic of Germany with the German Democratic Republic in 1990. Vladimir Putin took the opportunity to reaffirm that “Germany’s unification became an important historical event that marked the end of the Cold War in Europe, as well as the beginning of a new relationship between our countries”.

Russian elections. On September 17, 18 and 19, elections were held for the Russian State Duma, the lower house. The ruling party, United Russia, achieved 49.82% of the vote, followed by the Communist Party (18.93%) and the Liberal Democratic Party of Russia (7.55%).This victory means that United Russia will have more than two-thirds of the deputies, allowing it to continue passing legislation without having to rely on other parties. Accusations of fraud were made about these elections, the most serious of which concerns electronic voting. In the city of Moscow, when results are considered without taking into account the electronic vote, the Communist Party won. When electronic voting is added, United Russia wins. According to the association GOLOS (which is not favoured by the Kremlin), several explanations of electoral behavior and sociology can explain the over-representation of United Russia votes in the electronic system. As for the most recent American presidential election, we are seeing a strong distrust of electronic voting when we are not satisfied with the result. 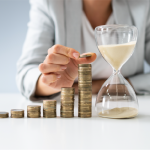