How does Russia export its oil products ? (2)

Russia is a major supplier of oil in the world, exporting about 13% of total oil trade. The recent deterioration of Russia’s relations with the West is forcing Moscow to accelerate its pivot to the East. In this second article, we will examine the pipeline infrastructure that the country has to export its crude oil to Asia.

Only 12 years ago, Russia exported virtually no oil to Asia, as all of it was sold to Western markets. Today, the world’s second largest oil exporter sells as much oil to China as Saudi Arabia.

Russia has developed during the last decade significant crude oil export capacity through pipelines to ship large volumes of crude to Asia. This policy is part of an effort to reduce its dependence on European markets and tap into China’s growing demand for crude oil.

In 2012, Russia launched the Eastern Siberia-Pacific Ocean (ESPO) oil pipeline. With a capacity of 1.6 million bpd, this 4,740 km long pipeline transports crude oil to Asian markets such as China, Japan and South Korea.

The ESPO-1 pipelines connect the West Siberian fields (Taishet) to Skovorodino in the Amur region. At Skovorodino, one section of the pipeline is diverted to the Chinese mainland while the ESPO-2 is directed to the Pacific Ocean terminal at Kozmino, near Vladivostok. From there, the oil can be loaded onto tankers for shipment to the Pacific basin. In 2021, Kozmino loaded about 720,000 bpd.

According to Nikolay Tokarev, president of Transneft, Russian oil deliveries to Asia have increased and the ESPO pipeline is operating at maximum capacity.

Russia has a second route to supply oil to mainland China via a pipeline crossing Kazakhstan via the Atasu-Alashankou pipeline.Russia’s Rosneft currently pumps 200,000 bpd via Kazakhstan. According the Kazakh Energy Minister Bolat Akchulakov, the capacity of the line in Kazakhstan is 400,000 bpd.

After the outbreak of war in Ukraine, the Russian government ordered a plan to intensify the redirection of energy infrastructure – pipelines, ports and railroads – to the east of the country, but the task remains complex in the near term.

Russia’s infrastructure remains heavily oriented towards the West. The majority of Russian oil is destined for Europe – about 140 million tons via the Druzhba pipeline, compared to about 40 million tons for China via the ESPO pipeline.

Insufficient pipeline capacity limits the amount of additional oil Russia can send to mainland China. This would require increasing the capacity of ESPO by 50%. Expansion of ESPO-2 and the port of Kozmino is also a possibility, but it would involve additional costs and require years of preparation.

Despite the rapprochement between Russia and China, it is not clear that China wants to increase its purchases of Russian oil. Beijing’s energy policy emphasizes diversification and therefore does not want to create too much oil dependence on Russia. 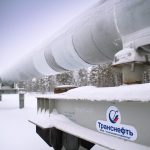 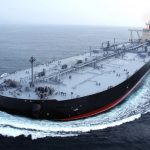