How does Russia export its oil? (1)

Russia exports seven million barrels of crude oil and refined products a day. As price cap sanctions are about to take effect, it is time to consider how Russia can continue to export this commodity, crucial for the Kremlin’s finances and for the global economy. In this first article, we will focus on how the country exports its oil by pipeline to Europe.

Since the beginning of the conflict, Russia has often been associated with gas issues. But as far as its finances are concerned, it is oil that generates the most money. In 2021, oil and petroleum products being sold on the global market earned Russia three times more money than gas.

Crude oil is considered the world’s most important commodity as it is the main source for global energy production. After extraction, crude oil is refined and processed into various forms, such as gasoline, kerosene and asphalt, for onward sale to consumers.

As of December 5, the G7 countries will not allow shipping and insurance companies to provide services to tankers carrying Russian crude oil, unless the oil has been sold at a specific price or lower. On February 5, 2023, the ban will also extend to oil products exported from Russia.

Russia is anticipating these restrictions by redirecting its exports to buyers not involved in the sanctions, mainly in Asia. This represents a real challenge for the Russian oil industry. If it is not able to ensure deliveries, it will be forced to close oil fields because the country does not have strategic oil reserve options. This will hurt its production capacity and may drive up the world price of oil.

Today, Russian crude oil is delivered to European consumers by pipeline, via the Druzhba pipeline (which means “friendship” in Russian). Operated by Russia’s state-controlled giant Transneft, it is one of the largest pipelines in the world, with a length of 5,000 km. It has the capacity to transport 2 million barrels per day and was built in 1958 during the time of the Soviet Union to supply the allies of the communist bloc.

The pipeline connects the oil fields of Western Siberia to major refineries in Europe, where the fuel is transformed into diesel, naphtha, gasoline, lubricants and other commodities that are sold both within and outside of the EU.

In Belarus, the pipeline is divided into a northern and a southern branch. The northern branch, which accounts for about two-thirds of the total flow, supplies refineries in Poland and Germany. Even if pipeline shipments from Russia have been excluded from the EU’s recent sixth package of sanctions both countries have pledged to stop purchasing through this channel by the end of the year.

On the other hand, the southern branch, which crosses Ukraine and supplies refineries in Hungary, Slovakia and the Czech Republic, should continue to be used for years to come. As landlocked countries, they have negotiated with the EU for permission to import Russian oil to ensure their energy security.

Hungary and Serbia (which is not part of the EU) recently announced the construction of a branch to the Druzhba pipeline so that Belgrade could receive Russian crude. Currently, Serbia obtains its oil supplies mainly through Croatia and the Adriatic Sea. This link is likely to be severed as soon as the EU implements its sanctions on Russian crude oil deliveries by sea from December.

The European Union will ensure that countries that buy Russian oil cannot resell it with or without processing. Therefore, analysts do not expect an increase in pipeline deliveries via the southern part of Druzhba. 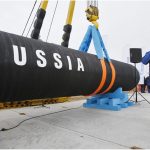 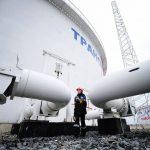